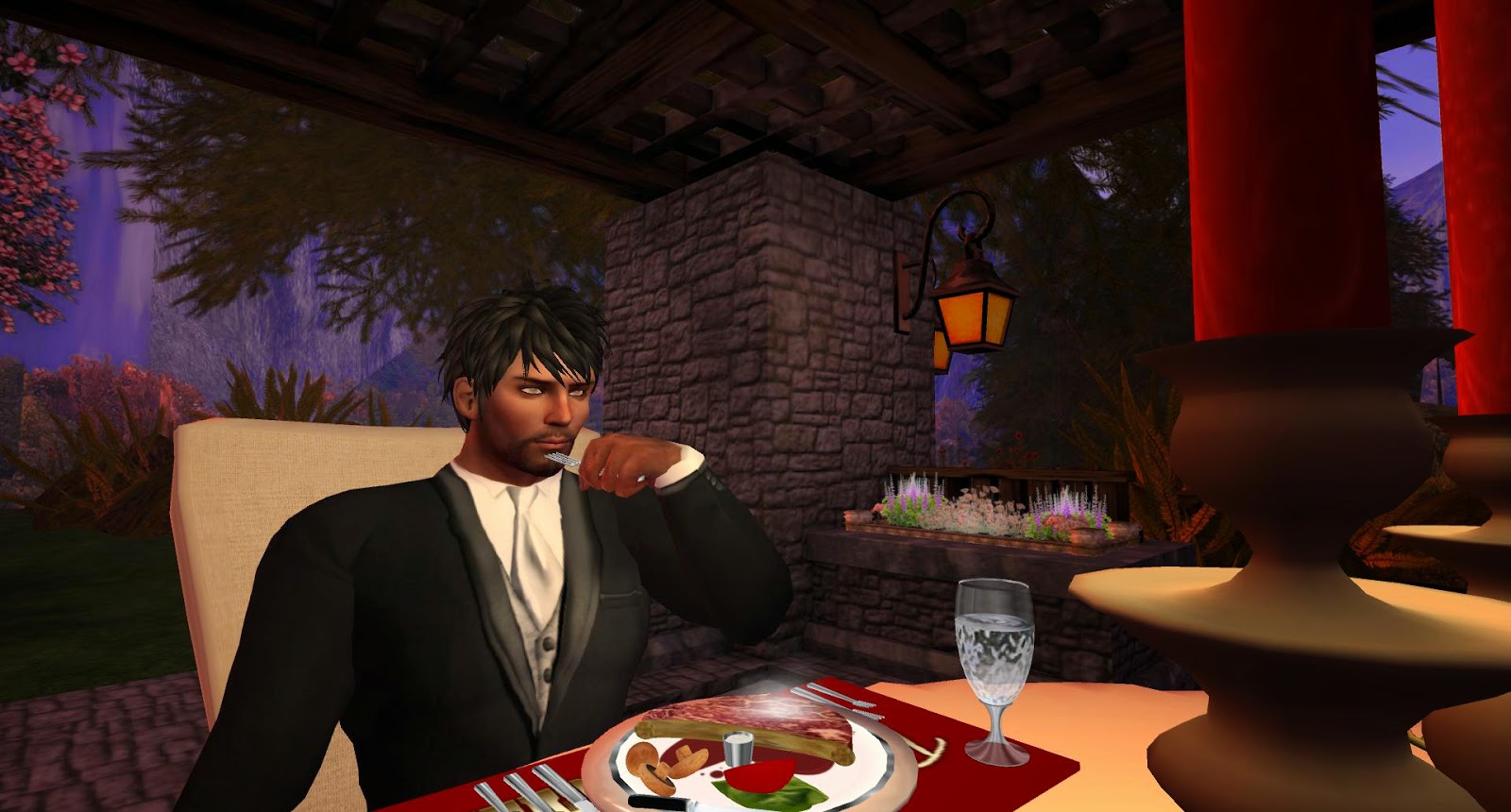 I interviewed the charming Alex Thaub recently and he mentioned that he likes to go on dates -- so I invited him out for dinner. The company was delightful, but what really made the evening special was the setting: Batista's Mountain Resort.
Now, I've done a lot of things in Second Life, and I've put together a lot of houses, but for some reason I've never managed to be convinced that I need to have a kitchen. It just seems strange to me to build in a kitchen in an environment where you don't eat (the nice corollary of that is that you never gain an ounce in SL unless you want to). So when a friend told me about Batista's Mountain Resort, I was a little skeptical. A restaurant? Where you go and eat? I was dubious.
Well -- colour me convinced. First of all, the location is just gorgeous; photo-ops around every corner and in every direction. It's a small series of connected dining areas far enough away from each other that you're not listening to other people's conversations in the open channel. You need to make reservations in advance, because you're actually hiring both the location and the time and effort of one of the sim's operators, who guides you through the dining process. In our case it was Marion.Melodie Resident who welcomed us, brought our menus, drinks, and served our meal. 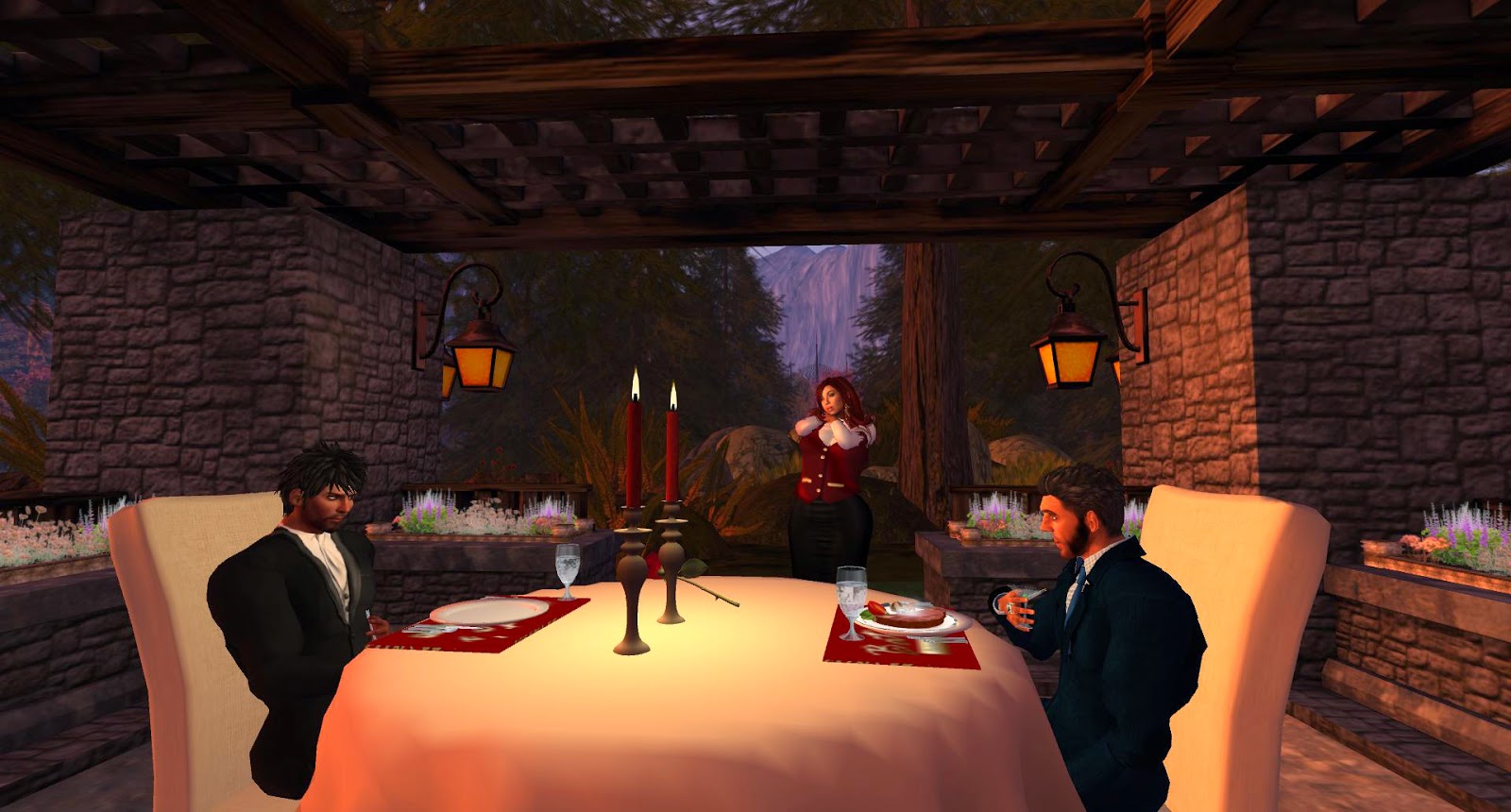 I thought the mechanics of it were quite interesting. I'd paid in advance, so nothing to worry about in that respect -- although the menus have prices in them, which confused me a little.  (But I am easily confused LOL.) When your cocktails arrive, be sure you're not in busy mode or it snarls things up; but we worked it out and ordered an appetizer, an entree, and dessert. With your menu comes a folder of utensils, and the chairs have animations built in for drinking, eating, and just sitting back. So there's a little bit of fussing with switching the animations back and forth, but nothing that people can't handle who are used to complicated sex furniture LOL.
And everything is pretty much what it would be like in an elegant RL restaurant; fine food delivered with just the right timing between courses so as to allow for good conversation, and a chance to admire the surroundings and the meal itself. I had oysters, prime rib and cherry cheesecake -- there's a ten-page menu, so you have plenty of choices. 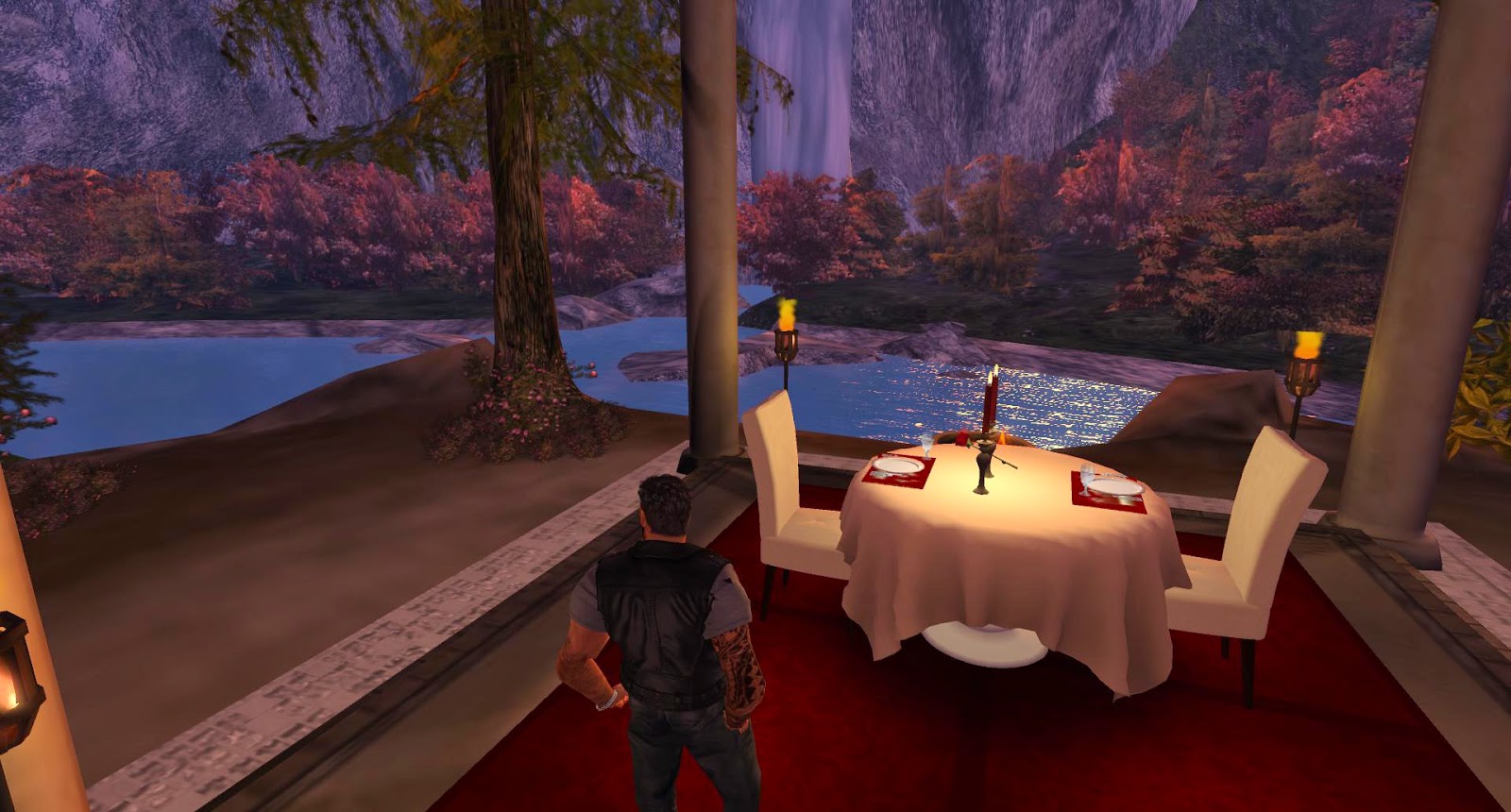 I was actually so involved in chatting with my companion that I forgot to take a whole lot of pictures -- I think I may go back for a look round, but here's a pretty shot I took while I was checking the place out preparatory to making a reservation.
After dinner (which took about 90 minutes) we had a chance to wander around the resort looking at the various locations and taking a few pictures (and time for a little canoodling in one of the many pretty locations [wink]). It's a very impressive and beautiful build, and I think Batista's serves a function that I haven't found is done well in SL -- it offers people the chance to have a date in the same way that they would in RL and without having to carry the load of designing and producing the entire experience themselves. The service and production are both excellent and deserve a good tip -- you might spend L$1,200 for your evening, but it was an experience I don't think either of us will forget in a hurry. Well done Batista's! 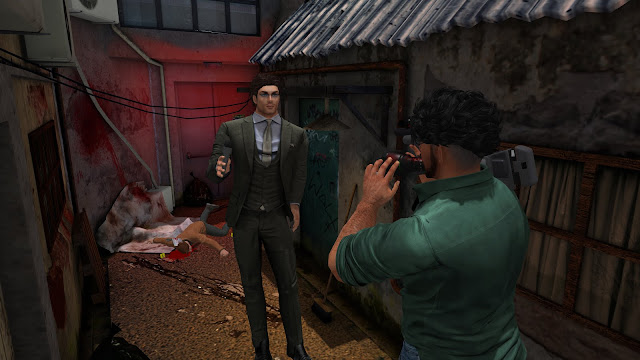